Use Python Difflib to Detect and Display Robots.txt Changes 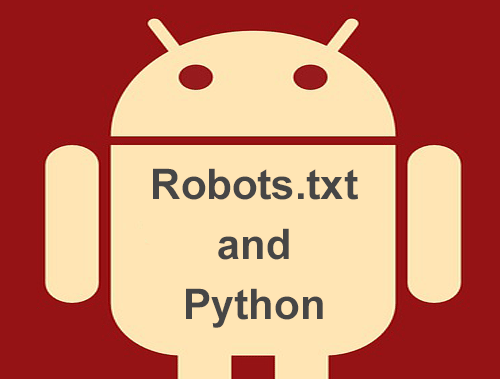 Robots.txt is a great tool for SEOs to help control crawling from spiders. It is however a sensitive tool and one where a simple mistake can cause a great deal of damage. When you are working with a team of SEOs or working with a clients team of developers, there is a risk of someone tinkering where they shouldn’t be or perhaps someone just makes a simple mistake. In any case, the damage can be mitigated if caught early. Catch changes to Robots.txt quickly using the Python tutorial below.

First we install the fake_useragent module to use in our call header. This can help ward off light abuse detection. Note if you are using Google Colab, put an exclamation mark at the beginning of pip3, so !pip3.

First let’s set some variables. We’ll set a name to use in our file names and a URL for the site we want to test the robots.txt file from. Then we setup the fake useragent, format the name to replace a space with an underscore in case it exists. We’re going to store the current robots.txt file, past stored robots.txt file and a changes.html file.

It’s time to request the current robots.txt file and save it locally. It will overwrite the existing file if it exists, making sure the current file on file is always current. Note the backslash in the request. Make sure you don’t have a backslash in your URL variable at the end.

Now let’s open the previous stored robots.txt file if it exists. If you haven’t run this with the site yet then it won’t exist and we’ll create it, using the current file and obviously for the first run, the two will match. Moving forward this script will be useful next time when time has passed and maybe the file has changed.

Now we load the current robots.txt file into a variable so we can compare later.

Let’s compare the two files on a very high level before we do any more processing. At this point we can also detect any server blocking. I’ve noticed sites using Apache module ModSecurity will block robots.txt from a non-human detected request. After that we either print out that the robotx.txts match and the script ends or they don’t match and we continue to process the differences.

Next, in in order to compare changes in the files we need to split them into lines, organized in a list. This is so we can compare line 1 current file to line 1 previous file and so forth. From my testing splitlines() function works best if both data sources are the same. So both file a file or both from a string. Since we store the previous robots.txt data in a file, we also store the current in a file.

Finally we check if there is a difference between the current vs previous file and if so, feed the two files (now broken up into lists by each line) into the difflib.HtmlDiff() function  from the difflib module to build the comparison table as an HTML table. We then write that HTML table with some CSS styling (feel free to customize) to an HTML file that you can load in a browser to see the results.

Managing and monitoring your robots.txt file is important and I hope this tutorial has given you a starting point in doing that. You could extend this script by storing the files in a database and setting up an email notification if there is a change. I give examples how to do each in other tutorials. So get out there and try it out! Follow me on Twitter and let me know your applications and ideas!